Menu
‘I never thought my drinking was a problem’ 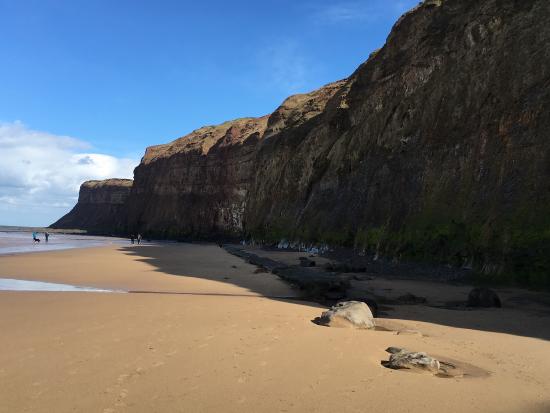 Michelle S never thought she had a drinking problem until a family members own heavy drinking shone a light on her own.  Michelle shares her story of recognising her relationship with alcohol needed to change and finding Totiuss.

I had my first drunk experience aged 16/17 years old. It was horrendous! How I ever drank again I don’t know but I did.

I started going out with friends on a weekend in my late teens and the night couldn’t last long enough. I was always one of the last people to leave.

At that time, I didn’t feel I had a problem, I was just a young girl out enjoying myself with my friends, or so I thought. In hindsight, I wanted to escape the life I had. To be lost in the excitement and the uncertainty of the night. Alcohol gave me confidence and courage to act or do things that sober me wouldn’t. Even in those early days I would wake up the next day absolutely hanging and thinking, OMG what did I do last night? Friends would call me, and we would laugh about it.

As the years went on and my situation changed to being a married stay at home mum so my drinking changed too. I never used to drink at home. I would previously associate drinking with going out, now my drinking was in my home, and I was home every day.

I still never thought I had a drinking  problem until a family member’s own heavy drinking came under the spotlight and make me look at my own relationship with alcohol. Taking a long hard look I realised that I was drinking a bottle of wine a night most nights.  After speaking with my GP about my drinking,  they felt whilst I was drinking over the recommended limit it was not a cause for concern and suggested cutting back. Ah, that old chestnut! And here my quest to moderate, for 12 years, began.

I would go 2-3 days with no alcohol and then reward myself with wine! Mad huh!

In 2015 I successfully completed Dry January and was feeling great but soon went back to drinking. Whilst I moderated for a while my drinking soon crept back up.  On 2 occasions I had drunk to the point where I put myself in total danger.   The was one particular night out where I blacked out and to this day I still don’t know how I got home or how I had ended up battered and bruised.  On another occasion I fell down the stairs and ended up in hospital after hitting my head.   The fall had caused damage inside my ear I was unable see properly.   As you can imagine I was mortified. These incidents still weren’t enough for me and I continued to drink.

Don’t get me wrong, I wasn’t black out drunk every night. Over the past few years, I drank 3-4 times a week on average and on most occasions would drink half to a bottle of prosecco or wine. I couldn’t handle anything over 12% vol.  However, sometimes I would end up having 2 bottles and I’d feel like total death the day after. I stayed in this cycle for a few years.

The years that followed 2015 I would attempt dry Jan every year but never again succeeded. I started to have a desire to stop drinking alcohol completely as I started to associate a deterioration in my mental health after having a heavy night drinking. I wanted to abstain, yet I found it ever so difficult.

In 2020 I managed 7 weeks on 2 occasions but then would plan to drink again. Afterwards I would feel like a total failure. This made me start to wonder whether alcohol had a hold over me as I seemed to struggle to control it.

I started to follow sober accounts on Instagram and would be blown away by similarities, yet the person was committed and achieving their new way of life.  This is what I wanted but I would try and then fail.   So I would unfollow these accounts as seeing their success highlighted my failure. Then I’d try again, I’d refollow those accounts , fail and repeat the cycle.

On the 26th of April 2021 I woke up after drinking for 2 days over the weekend. I felt like utter shit, I couldn’t stop crying and when I did stop there felt like there was nothing there, I felt tired of being tired. Then I looked around me  – I have a lovely home, wonderful husband and daughter, a good job where I am greatly respected and yet look at me. It felt like the world would be a better place without me.

That day I stayed in my bed all day and actually contemplated death. I felt hollow, I was gone. However, in these dark moments of that day I felt like I did not want to die, I wanted to live. In that moment I recognised that my mental state was given over to alcohol. It had pretended to be my friend but that the exchange in friendship was my mental health and the cost for me now was too great. I decided that I was going to quit 100%. Not moderate, not talk about it, not see how it goes but quit.

That day was 100 days ago today and I feel like a different person. I can see now that I was using alcohol as a means of escape. I’ve had to sit with my feelings and actually deal with situations or problems head on rather than mask them and rather than think alcohol is the problem I can now see I was using it to avoid how I was feeling.

The only thing different on this occasion was my mind set. In the early days of going sober I was very lucky to come across Totiuss.  Signing up for the 100-day programme to help me focus on my road to living an alcohol-free life.   Although I didn’t identify as an alcoholic as if I needed to not drink I could, I’d also had weeks of total abstinence, but I felt that there was something else that was drawing me back to the booze.

Totiuss helped me to focus on myself and my wellbeing. To look inside myself, my mind, body and spirit. I didn’t put any pressure on myself to do all the tasks set out, but I did what suited me. The meditation and yoga were great and I really enjoyed them,  I also liked reading about the effects of alcohol.

Could I have done this without Totiuss? Probably, as my mind was in the right headspace.  Though I would have found it more isolating.  Having a focus or a commitment to something is good for our chances of success.

I think this program gives women an alternative when they have made the decision to remove alcohol from their lives.

If you can identify with any of my story and you too want to start on your own journey, you don’t have to feel alone.

Sign up to the Totiuss Dry January Challenge today for FREE!

We’re so happy you found us!

The countdown is on to Dry January and we’ve got all the tools you need to move more, eat better and break free from the booze.

“This was just what I needed after knowing for some time my relationship with alcohol had become more of a negative than a positive in my life. I feel like I have more control and confidence.” - Jo O

Receive Our Latest News & 5% Off Any Totiuss Programme